Strangers in the Night! 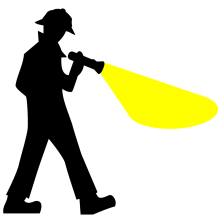 "He who watches over you will neither slumber nor sleep." Psalm 121:4     Many years ago, I received a text from my husband that stated, "Wait until you see what I bought you! It is absolutely amazing, and you are going to LOVE it!" Messages like this do not happen very often, so I was kind of excited when I saw the headlights of his car pull up into our driveway. Bursting into the house and calling my name with great intensity, I met him in the kitchen where he was very proudly holding up a new vacuum cleaner! "Isn't it a beauty?" he asked with tremendous endearment in his eyes.

To God be the Glory!

"Whatever you do, work at it with all of your heart as working for the Lord and not for men."  Colossians 3:23
Have you ever entered an event that involved crossing a finish line? If you, so know that great excitement of working diligently at something and finally seeing the finish line, knowing that completion is within reach.

While We are Waiting, God is Working! 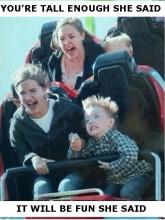 Whatever you do, work at it with all of your heart as working for the Lord and not for men." Colossians 3:23

Are you the type of person that enjoys riding roller coasters or do you get squeamish just saying the word?  My husband and I love roller coasters! As we became parents, we were thrilled to learn that this was something that was genetically passed down to our first two children.

What A Difference A Year Can Make! 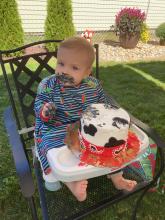 "Every good and perfect gift is from above, coming down from the Father of heavenly lights." James 1:9

Last Saturday was an extremely joyous day in the Palka family. Not only was it a beautiful and crisp fall day, but it was also my grandson's first birthday! Every birthday party is a joyous event, but for this little guy, his birthday cake just seemed to taste a little sweeter this year as we reminisced how his journey began. 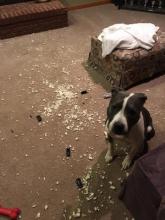 "Let everything that has breath praise the Lord." Psalm 150:1

Five years ago, I opened a text from my middle son that contained a photo of the cutest puppy and the caption, "Congratulations... you're finally a grandma!"

A "Wise" Tale About Our Amazing God!

"My help comes from the LORD, the Maker of heaven and earth. Indeed, He who watches over you will neither slumber nor sleep."  Psalm 121:1

Have you ever had a minor nuisance develop into a major problem?  Perhaps it started out as a small leak, or a peculiar noise when you started the car, or an occasional animal/insect sighting in the garden?

What an exciting week as St. Matthew Lutheran School was able to welcome our students back into the building for the start of a very memorable school year! I think Mr. Czinder summarized it best when he expressed, "After all these months of dealing with COVID, it's like the building came back to life when all the kids arrived on Monday." We want to thank all of our parents for your tremendous support and understanding throughout this endeavor!

Your encouragement is so greatly appreciated as we partner together to create the safest environment possible for our students and staff.

What a Memorable Year 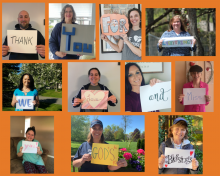 "Every good and perfect gift is from above, coming down from the Father of the Heavenly Lights."  James 1:17

Talk about a memorable school year! In my thirty-four years of working in education, I think this year will go down in the record books for many reasons!

We began this school year with the motto "Let The Whole World See The Greatness Of Our God", and as I reflect upon this school year, I can see so many opportunities that God gave us to show His love to others...

These Superheroes Wear Masks Instead of Capes! 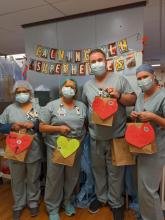 "Great is our Lord, and abundant in power; His understanding is beyond measure."  Psalm 147:5

When my boys were little, our toy room was filled with numerous Batman and Superman capes. As soon as the capes were Velcroed to their pajamas or tied around their necks, they would transform into a brave Superhero and immediately stick out their chest to assume their heroic Superhero pose. Thinking they were invincible, they would run around the house, jump off the ottoman, and add an occasional karate kick, while vowing to save the world!

Over the past two months, I have experienced the privilege of helping my daughter deliver meals to some of our modern day "Superheroes" working at various local hospitals. Although their bravery is unquestionable, I have found these masked and gowned champions to be humble, loving servants who are so appreciative for everyone's support and encouragement. 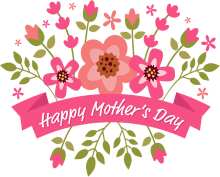 The other day, a friend sent me a collection of lessons that moms have learned from their children during quarantine:

"If you hook a dog leash over a ceiling fan, the motor is not strong enough to rotate a 42-pound boy wearing Batman underwear and a superman cape."

"Play-dough and microwaves should never be used in the same sentence."...