How to Handle ﻿Unwanted Guests 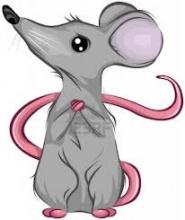 "Remain in Me, and I in you. Just as the branch cannot bear fruit of itself but must remain in the vine, so neither can you unless you remain in Me." John 15:4

My middle son is a travel nurse, which means that every 12 weeks, he travels around the country to a new hospital assignment. As challenging as it is to start a new job every twelve weeks, this lifestyle does have its perks such as: the opportunity to make many friends, traveling all around the United States, and becoming a minimalist since everything you own has to fit inside your car/truck.

However, one disadvantage for a travel nurses is that fact that they usually don't have much time between leaving from one twelve week assignment and driving to the next city to start the next assignment. As a result, travel nurses need to plan their packing and sleep schedules accordingly. Unfortunately, it was one of those circumstances where the timing did not work out as well as my son had intended when he concluded an assignment in Dallas, Texas, and had only days to get to Denver, Colorado. It was only a few hours into the drive when he felt something hit his leg. Thinking it was his lanyard that was dangling from his keys, he decided to just ignore it. However, a few minutes later, when he felt something run across his legs, he immediately thought a large insect had joined him on the adventure, so he frantically pulled off to the side of the road and jump out of the truck to shake off the unwanted creature. Finding nothing and assuming it had flown away, he once again, set off on his journey. However, about fifteen minutes later, something on his passenger floorboard caught his eye. Struggling to keep his focus on the road while trying to figure out if what he was seeing was just a figment of his exhaustion or imagination... he finally realized there was a tiny mouse staring at him!  Once again, he immediately pulled off the road to search for the little creature that had once again disappeared; only this time, a concerned local sheriff pulled up behind him to see if he needed assistance. Once the sheriff discovered the problem was a hitchhiking mouse, his only advice was, “Well, Good Luck with that!” and off he went. Unable to locate the stowaway rodent, Justin resumed his journey until the next exit where a local Feed Store and a mouse trap helped to resolve the issue.

Have you ever experienced an unwanted guest? Maybe you have experienced a similar story of uninvited visitors showing up in your attic or garden. Once I heard of a person who actually had a skunk show up on her deck when the screened door was open; her child’s scream produced a pungent reminder why you don’t startle skunks.

But sometimes, unwanted guests also show up in our minds. Emotions such as insecurity, bitterness, defeat, anger, or fear trespass into our thoughts and cause significant detours regarding our personal journeys. When that happens, we need to do as my son did with the mouse… capture and disregard those mental intruders and focus on God’s truths and promises.

When we are feeling anxious, remember God says, “Cast all your anxieties on Me” 1 Peter 5:7.

When we are feeling fearful, cling to God’s promise “I am with you always” Matthew 28:20.

When we are feeling insecure, proclaim God’s promise “I will equip you for every good work I’ve planned” Hebrews 13:21.

For every harmful and ungodly thought, God provides encouragement and hope in His Word, but to know His Word, we need to study His Word. One Bible study opportunity that St. Matthew Lutheran Church is currently offering is the “Red Letter Challenge” where all participants are encouraged to read the words of Jesus for 40 days. Please contact the church office if you would like a book, and please join us on Sunday mornings where sermons will focus on the weekly readings.

When Satan tries to fill our heads with thoughts fears and doubts, remember to hang that "DO NOT ENTER" sign in your head and focus on the promises that come from Jesus' words.

Blessings on your week knowing that God loves you dearly,
Mrs. Palka